Established in 1955, Uralpromproekt Company initially provided aerospace facility design services. Many projects were successfully implemented in the Urals, in the Volga region, in Siberia, and in the Central region of Russia. Uralpromproekt Company is now a large-scale, rapidly growing, high-technology enterprise focusing on the integrated industrial and public facilities design.

Uralpromproekt experts create complex, high-quality, multidiscipline building and infrastructure designs. Modeling in 2D doesn't always allow for quick and easy modifications to the project. That's why unexpected adjustments could have consumed a lot of time and effort. Drawings usually provided little information about the structural details, containing many errors that require amendments.

The company's experts started taking interest in gaining traction BIM technologies, particularly in Autodesk and Renga Software building information modelling software. Uralpromproekt designers were pleasantly surprised by these tools. The benefits of BIM software for project team are quantifiable. The users are provided with the wide range of tools meaning to aid project delivery and asset performance. Renga BIM system not only allows users to master BIM technology in a short time, but also enables them to compile information on every aspect of a building. To test all the Renga features, it was decided to implement a pilot project. The project team included four experts, each is responsible for their own part.

To make sure Renga software would complete all the tasks designers face, company management decided to implement a pilot project of the Uralpromproekt headquarters building renovation. It was built in 1980s and needed renovation.

Uralpromproekt Company headquarters is a building complex consisting of a five-story engineering building and laboratory building.

Structural framing is made of precast concrete. External walls are made of bricks. Vertical abutments of the reinforced concrete columns are firmly connected with the foundation and ensure strength and stability for the whole framing. Elements of reinforced concrete framing, including columns, girders, floor slabs were created in Renga with the Assembly tool (fig. 2). 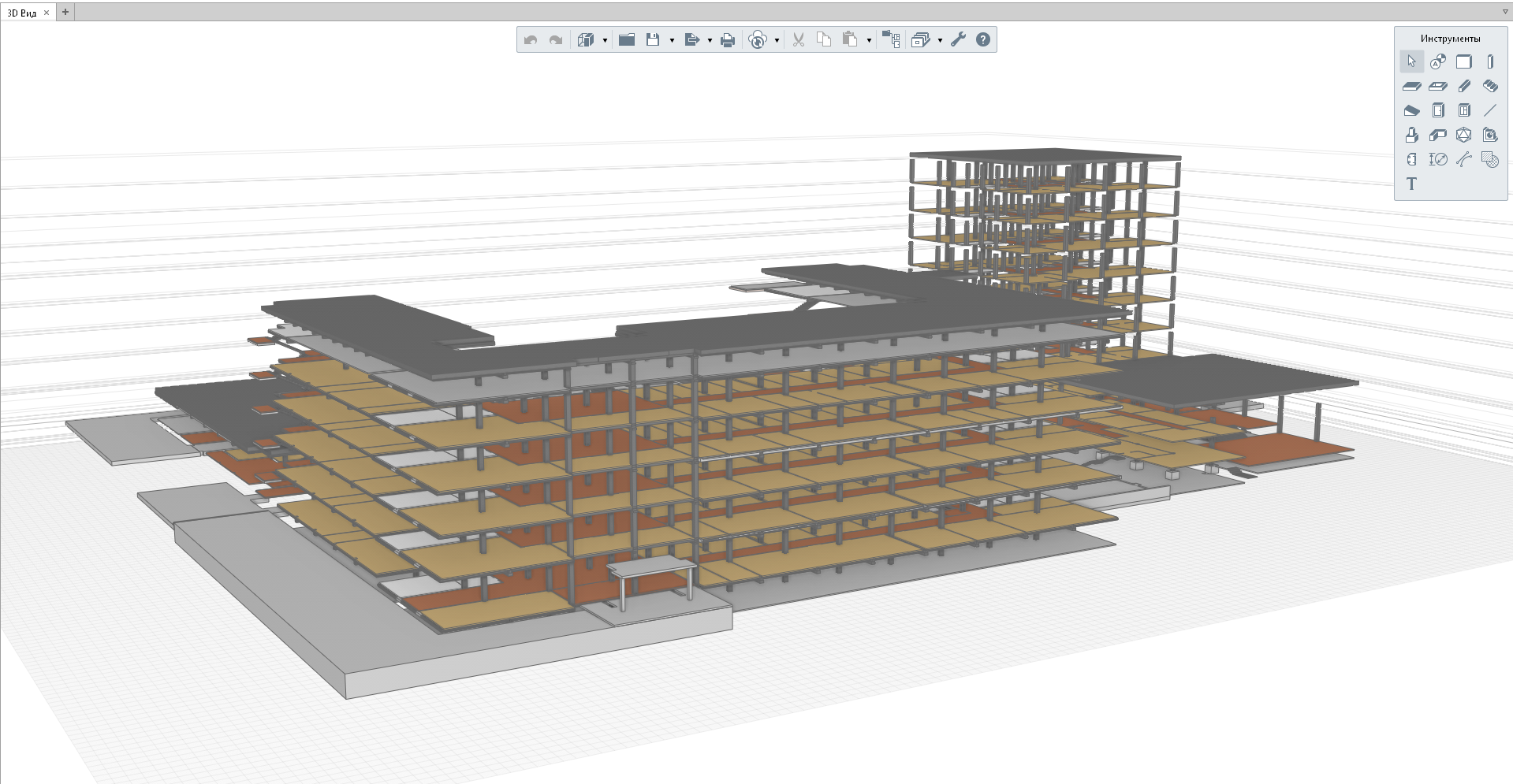 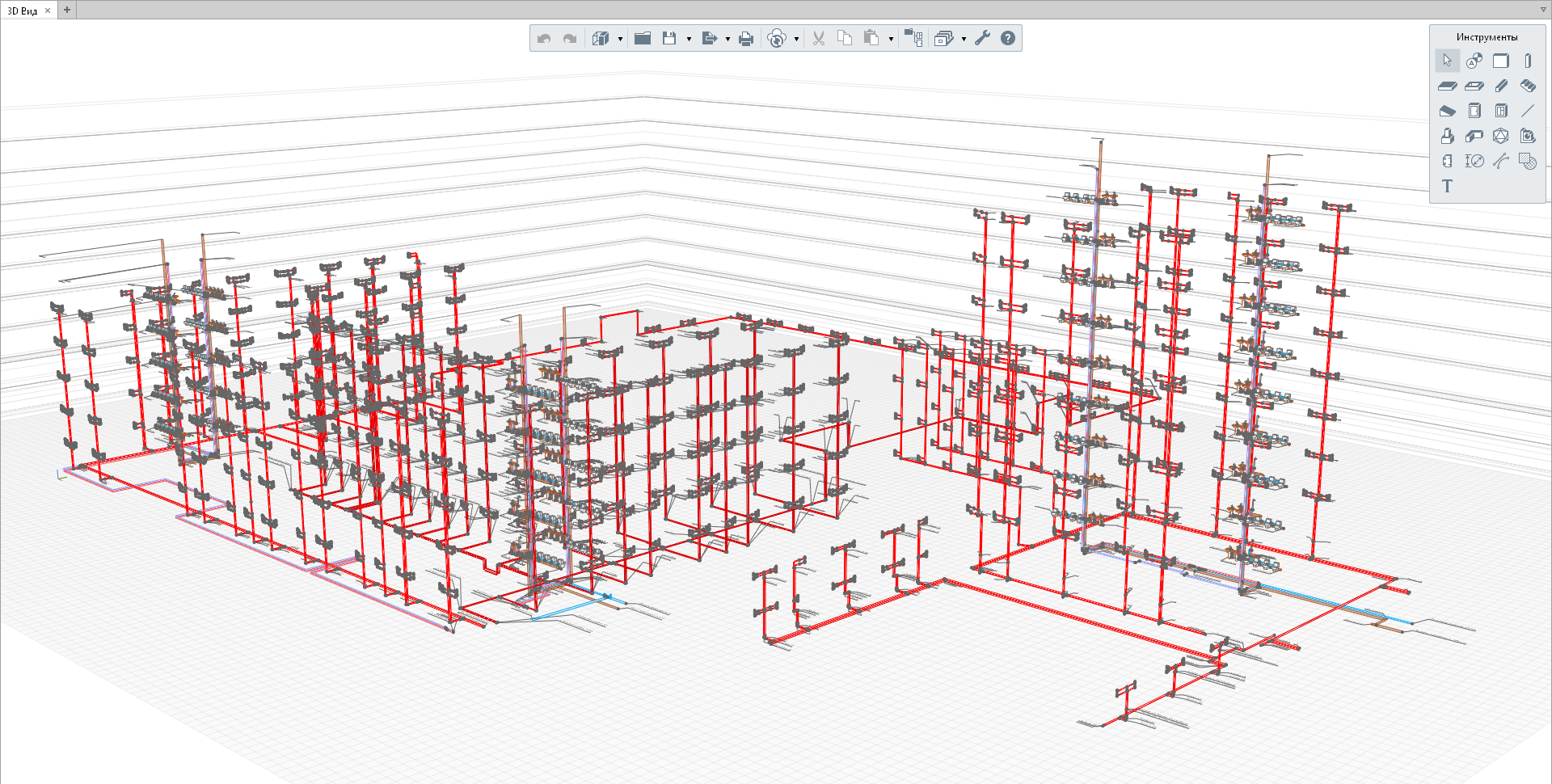 Right after the MEP building systems had been completed, engineers generated all the required design documentation (fig. 4, 5). 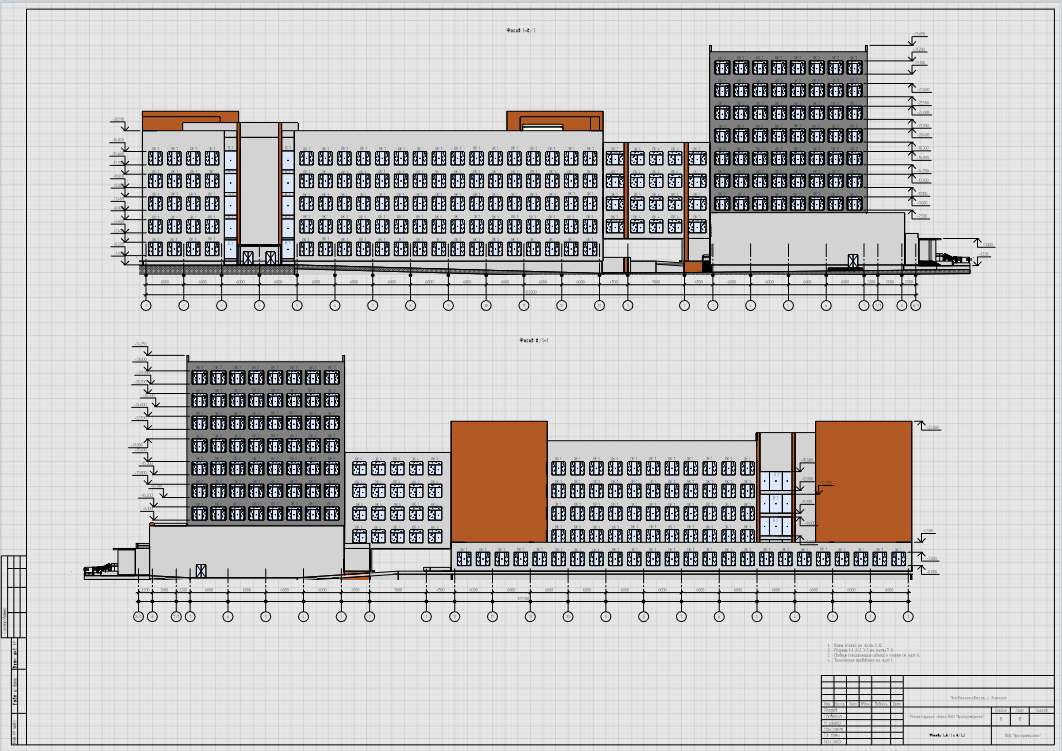 Figure 4. An example of the design documentation (Architectural drawing) It took two months for the team to create the information 3D model. Notably, project team members didn't give up other tasks.

The project team will continue to refine architectural and structural design and MEP building systems.

Having delivered the pilot project in Renga, stakeholders realized that the Russian-made BIM system is not only easy to learn, but also powerful and highly-functional.